The 70s were film’s most audacious time period. There are slews of parodies on the porno-infused grindhouse movies of the time, and the era including a string of blockbuster “blacksploitation” style films that played on tropes of African-American culture with a kung fu flair. This wild landscape of cinema was full of car chases, nudity and failed heists. It was also home to some of the most thought-provoking drama of all time.

Movies like The Shining set precedents for horror that still rule the day today. Jack Nicholson’s performance in One Flew Over the Cuckoo’s Nest is still riveting, keeping the film timeless and the characters real. Jaws still sends shivers down the spines of ocean swimmers worldwide. 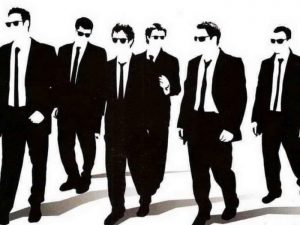 Yet, for every timeless film of and about the period there were a zillion quirky ones. True lovers of cinema seek out these gems, elevating some of them to cult status. This is the source of love for the oddly popular Boogie Nights or the retro-inspired Big Lebowski. These incredible films give us insight into that distinct 70s vibe of funk, drugs, off-beat humor, and a bit-of-the-ol’ ultra-violence.

Fear and Loathing in Las Vegas

Fear and Loathing follows the exploits of a sports writer and his attorney as they travel through Vegas searching for the American dream. Originally sent to cover a dirt race through the desert near Vegas, the main character takes a surreal detour that makes us question all that we value and how we see the world.

The movie features amazing performances by Johnny Depp and Benicio Del Torro, but the plot is best described as “incomprehensible.” Terry Gilliam directs this trip through the acid washed streets of Vegas, where purple is both a feeling and a color. The flair for dialogue in this movie is undeniable, and those with an ear for it will pull out more than a few recurring themes. The brief time spent at a drug convention for police is one of the more memorable scenes.

However, the movie does take a turn for… the macabre? It’s hard to sum up what the ending entails, and indeed it’s very much up to you how you plan to interpret the film. Still, Fear and Loathing in Las Vegas reminds us of a time when the view of the world was very different from the one we hold today.

Tarantino’s ear for soundtracks is what’s on center stage for this film. It’s one of his most solid films, yet overlooked frequently for the likes of Pulp Fiction and Jackie Brown. The story follows the events after a jewel heist, and tries to give the audience insight into the minds of career criminals. As each tries to verify the other’s stories, the entire group gets closer to murdering each other in the name of the almighty dollar.

This film isn’t dripping with sex, but it does have the violence so prevalent in 70s cinema. What’s most provocative about the film are the questions it chooses not to answer. Without spoiling the ending, what happens to the characters on screen is not nearly as interesting as what happens off screen in some cases.

Quirky is exactly the word to describe Charles Matthau’s plunge into the world of seventies funk. This vengeance/heist movie is based off of the novel by Elmore Leonard of the same name. It pays homage to the same sexy detective work of Black Dynamite, even borrowing Michael Jai White to play bodyguard to Crispin Glover. The cast of characters range from neurotic to psychotic.

What makes this film a blast is the juxtaposition of styles. Its humor has cultish appeal, but it features some of the most interesting b-listers in the industry following multiple story lines. It’s got the Pulp-Fiction-esque feel of characters that may be related but not in any directly apparent way. Yet Matthau manages to tie it all together into an explosive finale. It also plays on the imagination of the audience, hinting at a lot more than it decides to show, all set to the backdrop of sex and drugs that only the 70s can supply.

This article was written by Herb Kimble. Herb Kimble is the founder of CineFocus Productions, a film production company in Los Angeles and Urban Flix, a streaming network that specializes in multi-cultural content. For more info, about Herb Kimble, visit his Twitter.