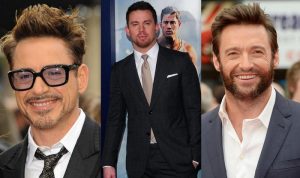 You will be struck in awe at how much actors can actually earn in Hollywood. You may applaud in agreement or shake your head in disgust, but the fact remains, a successful actor is also a shrewd businessman. Success in Hollywood has so much to do with what percentage is taken away from box office success. Some actors are paid an incredible amount over the entire movie budget simply to the business principle of buying low and selling high. Producers and directors that can save money in their budget receive more of the profits with the film’s financial success. Now, tip your hats to the following list of the highest paid actors in Hollywood, (and now the most desired).

Robert Downy Jr. has the most ultimate success this past year due to hard work, talent and luck. Starring in six films, two of them including Ironman 3 and The Avengers, it’s been said that he’s earned even more than Avengers director Joss Whedon. Directors are now drooling to cast this man in their films, and they’ll pay whatever investment necessary to piggyback off his fame. Robert is rolling in about $75 million dollars this year due to the financial success of the films he’s starred in.

Channing Tatum comes in second place with earnings of an estimated $60 million. While it may at first seem puzzling why Channing could earn such an incredible amount of money, most of it was due to the financial success of “Magic Mike”. This incredibly huge hit at a strikingly low budget of $7 million dollars sat far away from the fat fingers of top Hollywood production companies. Financed by Channing and the director themselves, they earned $167 million at the box office.Hugh Jackman comes in third place largely due to the success of his reprised role as Wolverine, and his astounding performance as Jean Valjean in Les Miserables. With a cultish theatrical following and an excellent marketing campaign, Les Miserable earned $438 million, of which contributes to a large portion of the $55 million Hugh earned last year.