Kirk Douglas, who is 98, was known to be one of the most compulsive workers in Hollywood throughout his career. He expected his actors and crew members to match that level of intensity, which could be physically taxing to the unprepared. Douglas had almost a youthful exuberance to his time on set, which he credited as part of the drive to leave his hometown of Amsterdam, New York.

A very demanding individual, Douglas said that acting and stage required a deep love of what one was doing and an incredible volume of luck. In his words, “Many people fall by the wayside because they don’t have the energy to sustain their talent.” 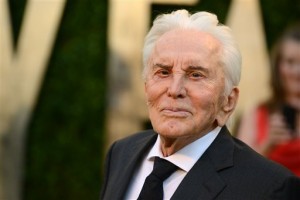 He prepared privately and vigorously for his roles, such that he often stole the scene when the cameras were rolling. Some called him almost “egotistical” or “selfish” in his pursuits. He was an intelligent actor who read scripts thoroughly and developed an understanding of the entire story. He would frequently argue with cast and crew over the direction a scene was going in, which meant that he was both an active listener and tough negotiator.

Douglas believed that not only was cinema an art form, it was the most important art form of all. It also has the obligation to entertain. He argued that one could make a statement through film, but it was crucial to entertain the audience and put people in seats, so to speak.

Douglas also credits his mother for his zeal, offering her important piece of advice that it’s important to gamble on yourself if you wish to succeed.