Not ALL celebrities pay close attention to their skin care. Some seem to skip over the basics, not to mention the more elaborate treatments and tricks. Here are a few who really need to catch up in that area.

Cara Delevingne.
This in-demand model has switched over to acting and is one of the stars of Suicide Squad, a highly anticipated superhero film. But despite turning 24 in August 2016, Cara often looks old, with a surprising amount of wrinkles for her age. She claims she’s using a secret treatment developed in London to combat this, so we’ll see if she can turn it around. 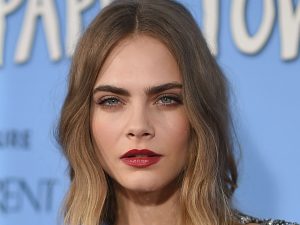 Harry Styles.
This 22-year old singer is recognized all over the world after being in One Direction and just recently signed with Sony as a solo artist. But despite his youth, makeup and hot concert lights, among other factors, have added some lines to his still-boyish face. He’s far from Sean Penn territory, but still not as fresh-faced as you’d expect given his age.

Lindsay Lohan.
Unfortunately, Lindsay seems like an obvious pick for this list, especially when you compare any current photo of her with shots from 2004 when she became a full-fledged star with the release of Mean Girls. While that was 12 years ago and she was a fresh-faced 18 year-old, it still seems surprising that she’s only 30, considering the premature lines and puffiness.

Emilia Clarke.
The Game of Thrones star will turn 30 later this year, but it looks like heavy makeup and lights have taken a bit of a toll on her, especially in the eye area. The challenge for Emilia—despite her focus on cleansing and moisturizing—is that her skin is quite sensitive, which presents a challenge because of makeup and finding the right product to promote healthy skin.